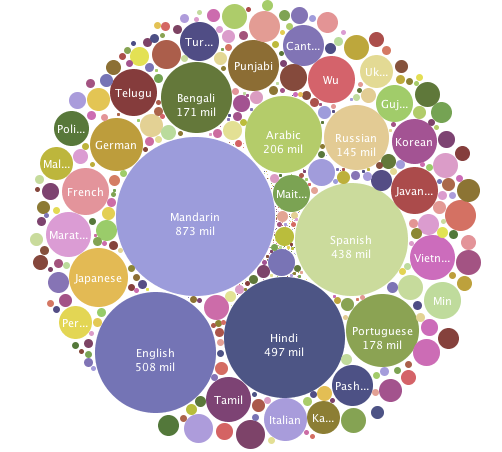 Both and capitalization does not matter. No “www.” either, but should work if added.

Knobby because it is a short term associated with mountain biking. Knobs are the raised bumps on mountain bike tires that give traction in the dirt. From that knobby and knobbies are frequently used in the mountain bike world.

ws? Where did that come from? Western Samoa if you must know. Since all the good dot coms and dot orgs are taken up, some web site hosts started pushing ws for “world site” or “web site.” And Western Samoa is small enough that they aren’t likely to use all their names.

create your own visited countries map

The domain name is changing from KeepTheRubberSideDown to Knobby.ws. The former, athough fun and descriptive, was too long for emails. The prefix ws is supposed to conjure web-site or World Site, but is really Western Samoa.

The changeover as far as the blog is concerned will be mostly transparent and either URL will get you here for now, although a few things like embedded Google Maps won’t work if the KeepTheRubberSideDown is in the URL. Eventually the KeepTheRubberSideDown will cease to work. Whenever I think the transition is complete and I don’t want to pay the $9 or whatever is per year to keep the extra domain name. But the main driver will be to simplify it.

I’ll also be dropping my old linkLINE email on a similar schedule.

The trip home was necessary. Louisa had a torn retina which was laser repaired this afternoon. She’s lucky it didn’t detach in the ten days since it tore, because an untreated tear leads to a detached retina which results in blindness.

Sadly the photos of her eyes she was given in Conakry are not her eyes. The doctor in Conakry should have known that for at least two reasons: 1) the photos are of eyes that were a patient who has had a dye injected and he didn’t inject Louisa, 2) the lesion in the photo is in the right eye; the problem was with the left eye. He neglected to perform other necessary diagoses.

Fortunately Louisa’s eye doctor in the US gave good information by email to convince us of the necessity of getting good eye care. We considered going to Paris, but figured that we would lose time finding our way around the French medical system, so headed straight home. We didn’t know how lucky we were to get a flight booking; we had completely forgot about it being Thanksgiving week—we realized it when we heard someone on our flight from JFK mention Thanksgiving.

To complement and/or update the information in the Lonely Planet and Rough Guides for West Africa, I’ve together some notes. Partly for us since we plan to return next year and for other travels who plan to go. I’ll update the links here as I do the pages. UPDATE: We had the 2002 edition of LP and the November 2003 edition of Rough Guide. Lonely Planet West Africa was updated to the sixth edition in October 2006, so much of what I have to add may already be the new edition which we now have, but didn’t when I wrote most of this.

We found Guinea easier than we expected. The people are helpful and friendly, with few touts. The lack of touts may be that there is so little independent tourism that the tout industry hasn’t developed. Another example of the lack of tourism is that the restaurant service is not westernized—I’ll explain what I mean by that. The staff is nice and will try to meet requests, but little initiative is shown. I’m mainly speaking of the medium quality hotels which are often the top hotels away from Conakry. When you walk into the restaurant things move at a leisurely pace; maybe it’s developed from the hotter parts of the country were that may be only pace possible. After serving you, the waiter disappears. Hors d’oeuvre were almost never offered. None on the menu, occasional peanuts. Petit déjueuner was often as expected, but often confiture was omitted and not available. Although sometimes it was a special treat as in Labé with guava jam. The lack of confiture is consistent with a seeming lack of sweets, certainly desserts were rare. The cookies/biscuits offered at taxi stand shops were never locally made, but imported from Brazil, Turkey, and India in our limited experience.

The transportation system is adequate. Phones aren’t too good. Although the cell phone service is better than land line apparently. People often carry phones for two cell phone providers since calls within each system works, but system to system doesn’t work as well. The phone numbers now seem to be eight digit, usually a 60 in front of the six digit number found in the guidebooks and many on-line resources.

Water is available on the street in at least four ways: 1) bottled, 2) labeled sealed plastic bags—supposedly safe—I got away with drinking it once, 3) hand tied plastic bags (presumably local generally unsafe water, 4) in pots. All the hotels had tap water, but no signs assuring any kind of treatment or quality. We use iodine and bottled water.

Knowing French definitely enhanced our visit and makes it easier to travel. Louisa’s French is good enough for communication. Mine is at the basic travelers level. Since they have so few tourists, they don’t seem to understand how to deal with people who aren’t fluent.

After about 40 hours of travel, we’re back home.

I’m posting this because when I gave a slide show at a Sierra Club meeting earlier this month I was approached by a Turkish lady who said something to the effect that I had misrepresented how the Turks deal with disent and minorties. My reponse was until in essence there was freedom of speech in Turkey, neither she or the rest of the Turkish citizenry would know what was going on. (She also thought by suggesting that of course I would agree that the countries neglect of New Orleans after Katrina had nothing to do with the fact that the most affected citizens were black, that I would understand her arguments. I surprised her by not agreeing with her).

This article is good news.

By SEBNEM ARSU
ISTANBUL, Jan. 23 – An Istanbul court dropped charges against the novelist Orhan Pamuk today, ending a trial that put Turkey at odds with the European Union over the issue of freedom of speech.

Mr. Pamuk, whose works have been translated into dozens of languages, spoke in a newspaper interview about the mass killings of Armenians by the Ottoman Empire in 1915, and also of the deaths of Kurds in Turkish operations in the 1980’s against a separatist group. He was then prosecuted for “insulting Turkish identity.”

While historians widely agree that the 1915 massacres constituted genocide, the subject remains taboo in Turkey.

The court had asked the government to rule on whether to proceed with the case. On Sunday, the Justice Ministry told the court to make the decision, citing changes made to the penal code last year. Today the court dropped the charges.

The ruling was immediately welcomed by the European legislators. But the novelist’s lawyer, Haluk Inanici, chided the court for framing its decision in bureaucratic terms rather than addressing the issue of freedom of expression.

“The court dropped the charges not because the trial violated the freedom of speech,” Mr. Inanici said, but because “there was a missing approval by the Justice Ministry to proceed with the trial.”

Mr. Pamuk was facing a sentence of up to three years in jail if he was convicted of insulting the Turkish identity during the interview he gave to Das Magazine, a Swiss publication, in 2005.

Mr. Pamuk’s high profile in Europe and elsewhere prompted widespread opposition to his prosecution, an advantage that many intellectuals who face similar charges do not have, said Vecdi Sayar, general secretary of International PEN, a worldwide association of writers. Mr. Pamuk’s novels include “My Name Is Red,” “The Black Book” and “Snow.”

PEN says that about 70 intellectuals have been charged under Article 301 of the revised penal code, which calls for punishment for public comments that “denigrate Turkishness, the government, the army and the memory of the founder of modern Turkey, Mustafa Kemal Ataturk.”

“There are many people abroad who fail to see beyond Orhan Pamuk’s trial,” Mr. Sayar said. “Saving a writer like Orhan Pamuk from prosecution may stand as a symbolic example on its own. But it is not an overall resolution for other intellectuals and writers that still face similar charges in Turkey.”

The governing Justice and Development Party, which worked to align Turkish laws with European standards before the European Union membership talks began last October, tried to appear impartial in handling Mr. Pamuk’s case. But many senior government officials interpreted the heavy international criticism as an interference in the national judiciary system.

Televised pictures from Mr. Pamuk’s first hearing in December showed armored police officers trying to save the 53-year-old novelist from a barrage of eggs, and protesters who jumped on his vehicle punching the windshield.

“The Justice Ministry could have dropped the charges before the local court and spoken clearly about the necessities of freedom of speech,” Mr. Sayar said. “But in fear of annoying the nationalist circles, they did not.”